Have you ever consulted the Encyclopedia Equestria Wiki? No? Good grief, and thank fuck I’m here to save your intellects and social standing! Our not so beloved little neurological issue resides in the upper echelons of the Mane Six Mental Disorders there.

Did you know that we only have two varieties of episode and that they can last from a few minutes to a few days? Well colour me shocked, I’ve been doing it all wrong. Read on for more expert commentary and cold, hard facts…. Wait, I think I meant fuckeds.

Pinkie Pie: Bipolar Disorder
Bipolar Disorder, also known as Manic-Depressive Disorder, is a condition in which an individual may experience “manic” and “depressive” episiodes lasting anywhere from a few minutes to a few days. A manic episode consists of heightened excitability, an inability to sit still, difficulty concentrating, rapid stream-of-conciousness speech patterns, and excessive energy. Depressive episodes are characterized by anxiety, anger, loneliness, and, in severe cases, delusion.
According to these symptoms, it would appear that Pinkie Pie suffers from a severe case of bipolar disorder. She very frequently experiences “manic” episodes – wherein she bounces as opposed to walking, is extremely scatterbrained, talks very quickly in a stream-of-consciousness manner, and is able to move anywhere almost instantaneously – sometimes even matching pace with Rainbow Dash. This behavior is not necessarily “normal”, either – at other times Pinkie can be seen, still energetic, but more mellow – she trots, speaks at a normal pace, and has the ability to lie or sit down and relax. At other, rarer times – most notably in Party of One – Pinkie has a textbook severe depressive episode, in which she becomes socially anxious, paranoid, angry, and lonely, and believes that everyday objects are sentient beings.

Okay I have to admit that before this brony style expedition, the only My Little Pony™ I knew of, was Rainbow Dash™. So queer, how could I not? So Pinkie Pie™ is bipolar. Bipony? I really can’t get behind the idea of something called Pinkie Pie™ as a mascot.

Further proof that you can find anything on the Internet…

“Awww…who’s being a little-miss-gloomy-hooves?” she said to her reflection. “C’mon – let’s see that smile!”
She willed the corners of her mouth to rise, but the results were scarcely satisfactory. It was not her usual winning smile. It wasn’t even a grin. It was closer to a grimace – maybe even a rictus.
Pony Psychology Series fanfic

So it’s not all about the pink pony, here’s a whole new character… 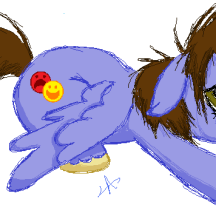 Ah for the days when children’s toys weren’t politicised. Now if you’ll excuse me, I need to go and mental floss the pink away. 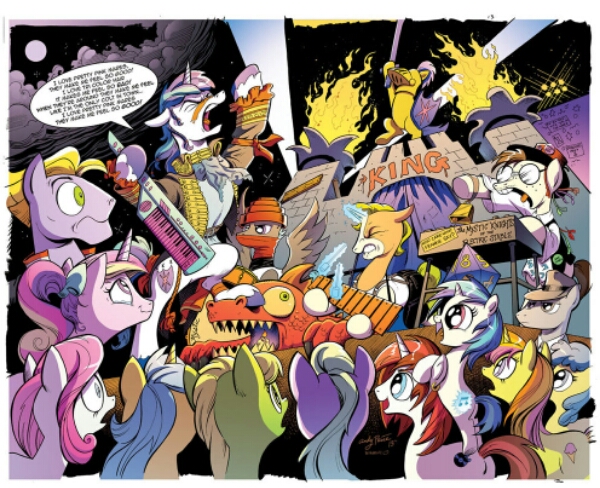